The Scouts of Troop 33 managed to wade over to “Secret Island” on Saturday and do a beach clean up in the middle of the day as a service project will having one eye and one ear on the approaching Tropical Storm Darby.  The campsite at Kualoa absorbed the Troop without incident and was even furnished with a 20 x 40 tent AND an old bathtub fire pit. 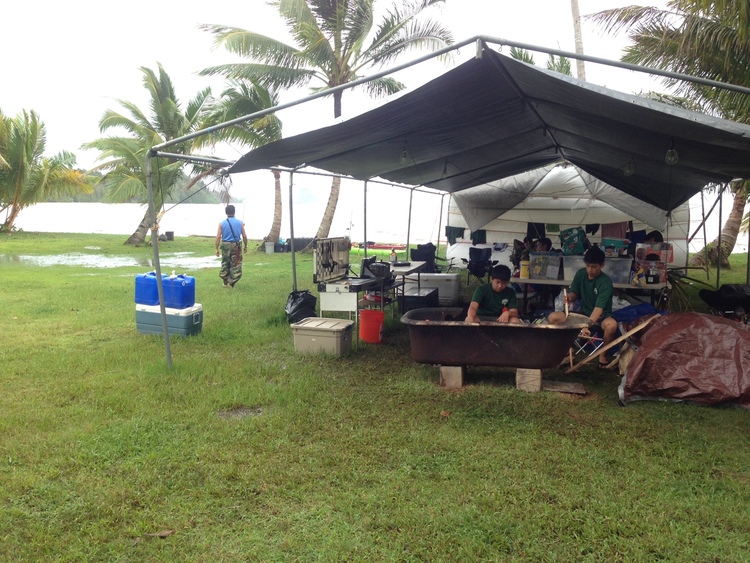 The Operational Base for High Adventure 2016 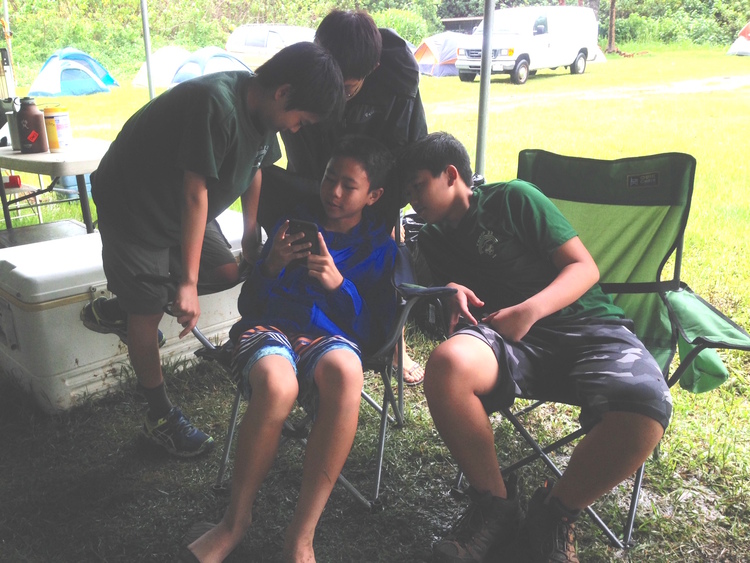 Dutch Oven Cooking was on full display since it was very wet for most of Saturday and Sunday.  The Scouts that fished enjoyed catching a turtle that was later released, a small shark that was also released and several small Samoan crabs that served as a late night snack on Saturday night. 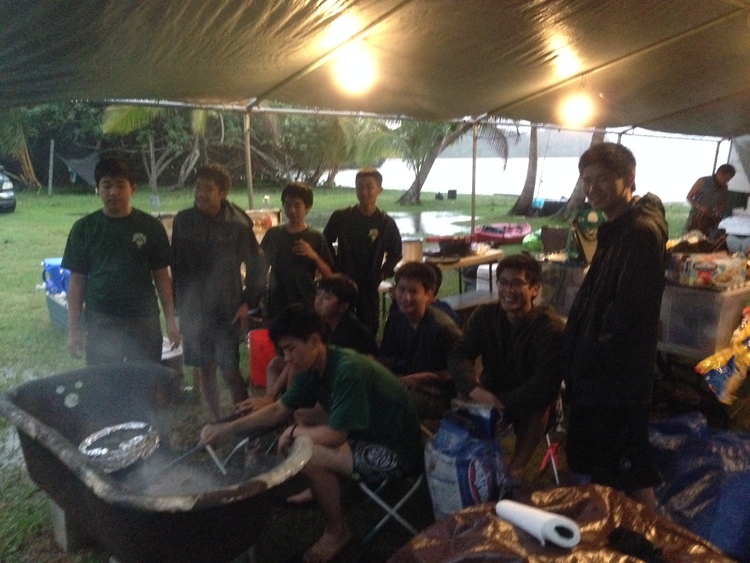 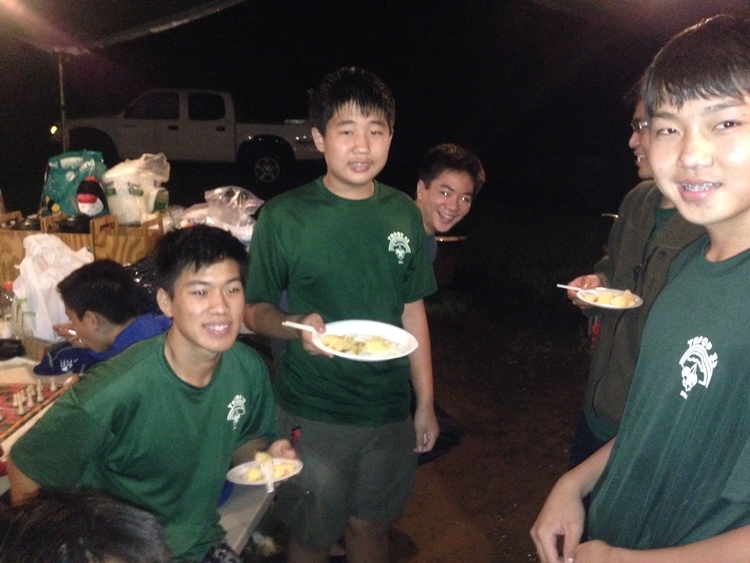 If it was available to be cooked in a Dutch Oven, the boys prepared it and made sure that it disappeared as soon as it came out of the fire.  Saturday evenings bill of fare was a Shepard’s Pie with RICE!  There was no shortage of cheese topping as applied by Brendan Wong! 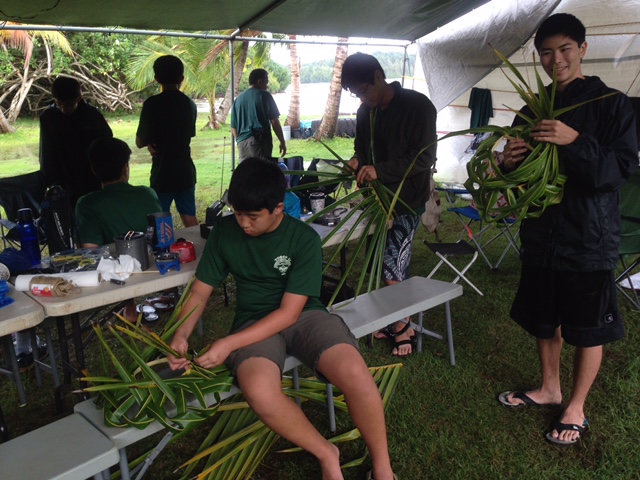 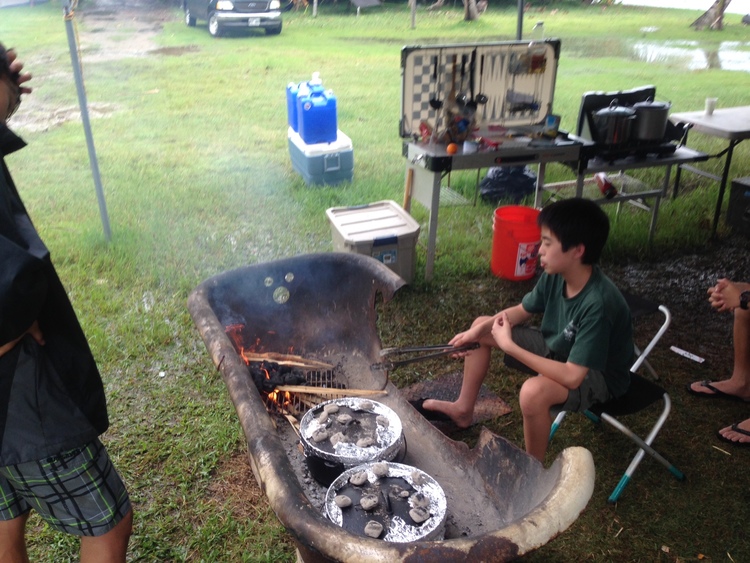 Besides the Dutch Oven meals there was no shortage of Cup of Noodles and other snacks.  The Scoutmasters sat amazed at how these growing boys could wait 15 minutes between snacks and then act as if they hadn’t eaten all day! 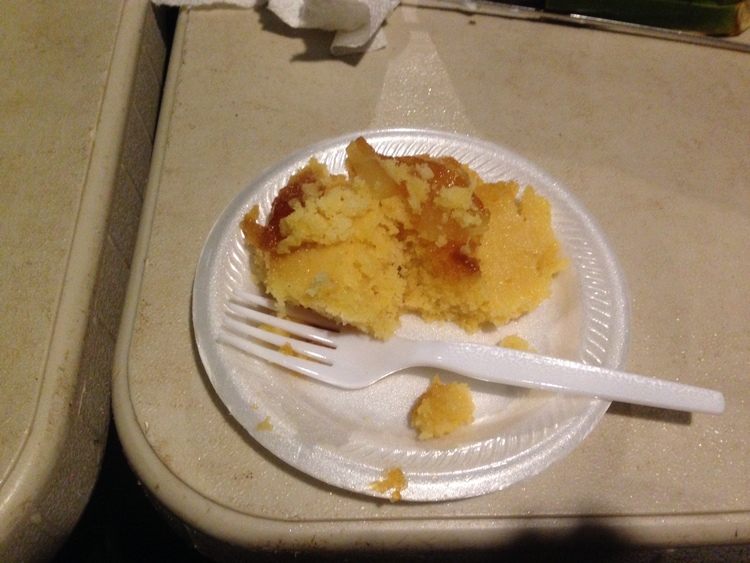 The “Special Mix” with Clementine Tangerines and unnamed jelly surprise

All of the eating gave the boys lots of energy to concentrate on high level brain activity like simultaneous chess displays by Master Aaron Chang.  Somewhere there must have been a Hanafuda card tournament going on at the same time. 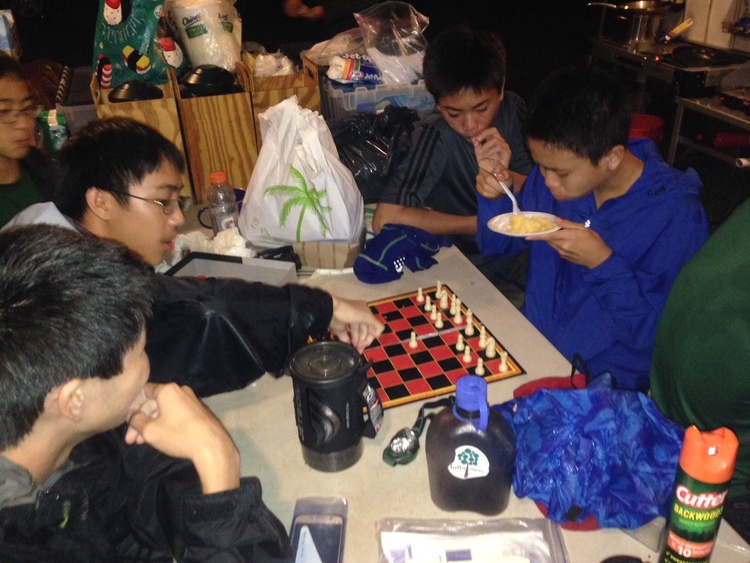 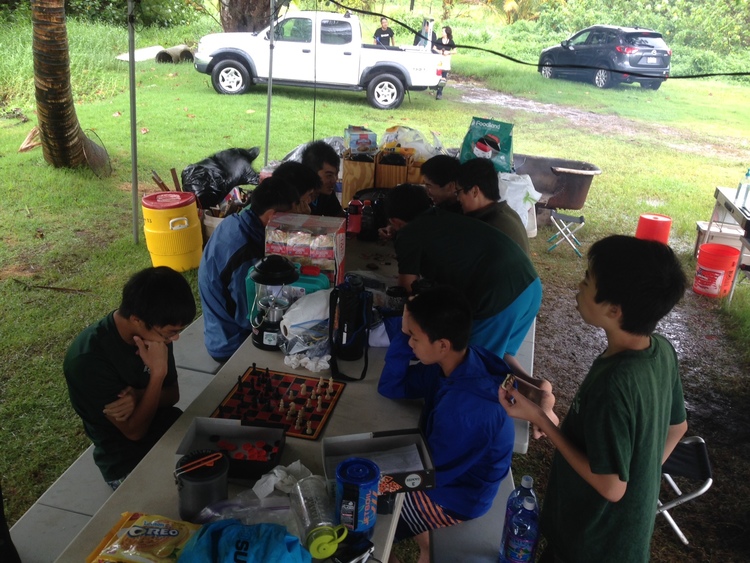 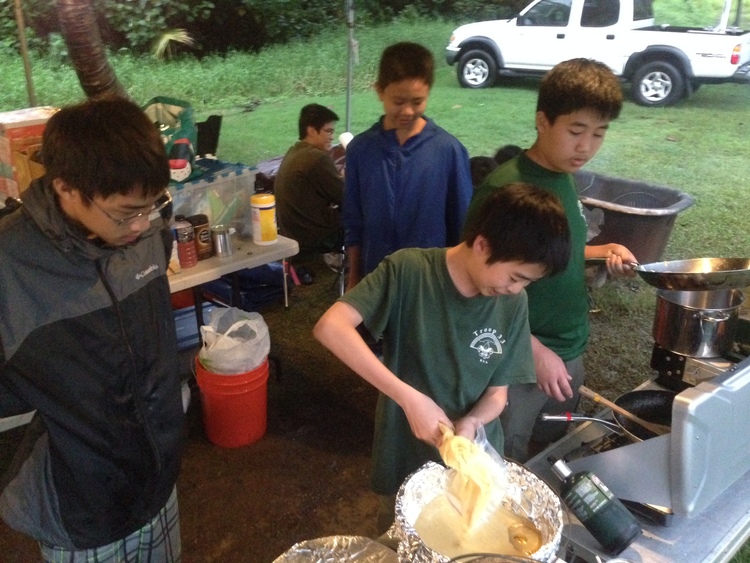 Pierce our Master Chef creating yet another culinary masterpiece 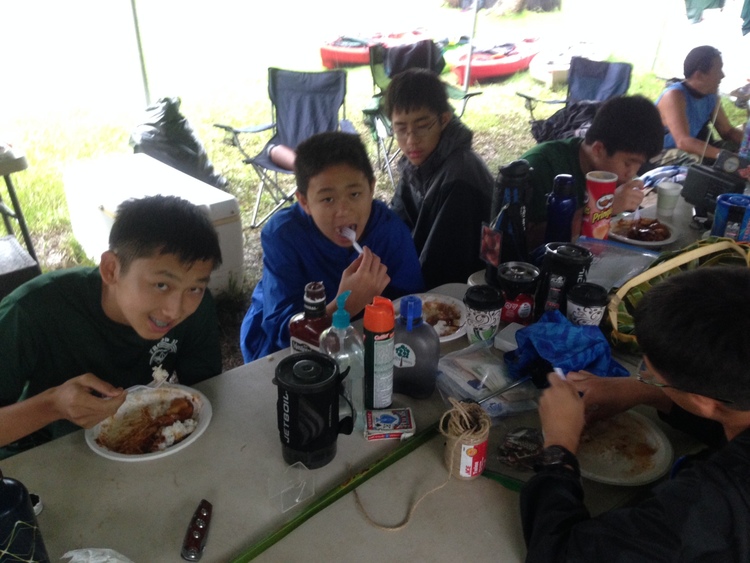 As you can tell, despite the limitations of the rain and wind provided by Tropical Storm Darby the stalwart Scouts of Troop 33 never fail to make the most of any situation.  This may be the very first High Adventure where they weigh more going home than they started!  Stay tuned for more coverage!